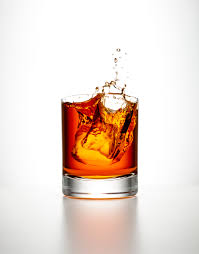 Functional MRI (fMRI), a type of scan that measures brain activity, has enabled study of the impact of alcohol on brain function. This type of imaging allows brain activity to be assessed while participants are at rest, performing a simple task like tapping a finger, or doing a complex cognitive task like a memory task or decision-making. It works by detecting the change in blood flow that occurs when brain cells (or neurons) in different parts of the brain are activated. Blood flow provides the energy and oxygen needed for brain cells to activate, and it is this exchange of oxygen that is measured using fMRI and is reflected by brain blood flow.

Complicated physics are involved in determining the profile of blood flow when a part of the brain is activated, and studies have shown that the time course of these changes – known as the hemodynamic response function (HRF) – is affected by acute alcohol consumption. However, the effects of heavy chronic (long-term) alcohol consumption on HRF have not been explored. A new report in the journal Alcoholism: Clinical and Experimental Research by researchers from Johns Hopkins University addresses this knowledge gap, by comparing HRF in participants with and without an alcohol use disorder (AUD).

Both groups of participants underwent functional, structural, and vascular brain scans. During fMRI, participants were cued to tap their fingers, and averaged responses were extracted from the motor cortex, the area of the brain responsible for producing motor movements. The researchers found that the timing of part of the hemodynamic response increased in line with the total quantity of alcohol consumed over participants’ lifetime – and that this was not accounted for by differences between groups in brain structure or in blood vessels.

Further, they showed that each individual’s HRF was more accurate for predicting brain activation than an average HRF from across the whole AUD or comparison group, and revealed significantly more regions of the brain contributing to activation during finger tapping. Because the hemodynamic response is necessary for brain cells to be efficiently activated, the effects of alcohol consumption on the HRF could contribute to the behavioral and cognitive impairments associated with AUD, and perhaps to difficulties in curbing drinking.