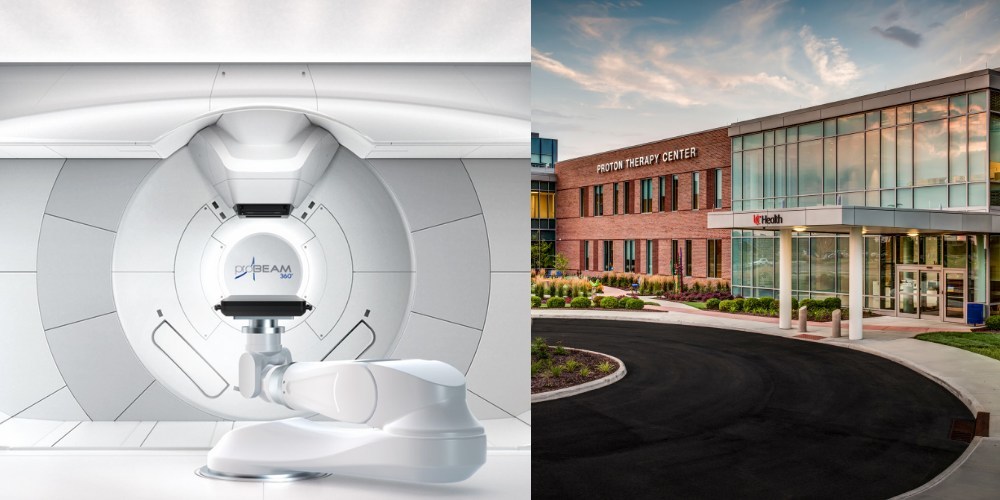 Varian and the Cincinnati Children’s/UC Health Proton Therapy Center today announce the start of the first clinical trial of FLASH therapy as part of the recently opened FAST-01 study (FeAsibility Study of FLASH Radiotherapy for the Treatment of Symptomatic Bone Metastases). The clinical trial involves the investigational use of Varian’s ProBeam particle accelerator modified to enable radiation therapy delivery at ultra-high dose rates (dose delivered in less than 1 second) and is being conducted at the Cincinnati Children’s/UC Health Proton Therapy Center with John C. Breneman M.D., Medical Director of the center, serving as principal investigator.

The first clinical trial patient was treated this week. The FAST-01 study is expected to enroll up to 10 patients with bone metastases to evaluate clinical workflow feasibility, treatment-related side effects, and efficacy of treatment as assessed by measuring pain relief of trial participants. The clinical trial, informed by years of preclinical work, was designed by experts at Varian and multiple centers in the FlashForward Consortium, including Cincinnati’s Children’s/UC Health Proton Therapy Center and the New York Proton Center.

“Treating the first patient in this FLASH clinical trial is a milestone that many thought was still years ahead of us,” said Kolleen Kennedy, (pictured left) Chief Growth Officer and President of Proton Therapy Solutions at Varian. “There was overwhelming support from Dr. Breneman and his team for this clinical trial, which was designed in collaboration with the FlashForward Consortium and with significant contributions from the New York Proton Center. These efforts help Varian safely advance potential therapy options towards our vision of a world without fear of cancer.”

Breneman noted that, because this is the first in human trial of FLASH radiotherapy, it will build a foundation for extending this therapy to other types of cancer treatments.

“Trials using FLASH radiotherapy for lung cancer and other malignancies are currently being developed,” said Breneman, a UC Health radiation oncologist and a professor emeritus at the University of Cincinnati College of Medicine. “Using FLASH treatment for these cancers could deliver higher cancer-killing doses without causing inordinate side effects, which would be a real advance.”

"FLASH therapy has the potential to be practice changing and dramatically improve the experience of cancer care for a new generation of patients. The launch of the first FLASH clinical trial, a project that has come to fruition after years of intensive study, is an important milestone in the progress of radiation therapy," said FlashForward Consortium member Dr. Charles B. Simone, II, FACRO, Chief Medical Officer at New York Proton Center. "We are optimistic that the results of the FAST clinical development program will transform the way the industry approaches treatment. The New York Proton Center is proud to be a partner in this future-focused study."

John Perentesis, MD, Director of the Division of Oncology & Cancer Programs at Cincinnati Children’s, said FLASH is potentially a transformational advance for cancer treatment for many patients.“If the side effects of radiation on the normal tissues surrounding a tumor can be significantly reduced, the dose of radiation to treat a cancer can be greatly increased,” Perentesis said. “This would raise hope to cure malignancies that respond to radiation but aren’t completely cured at current doses, including pediatric brain tumors like DIPG/pontine glioma and medulloblastoma, sarcomas, and neuroblastoma.”