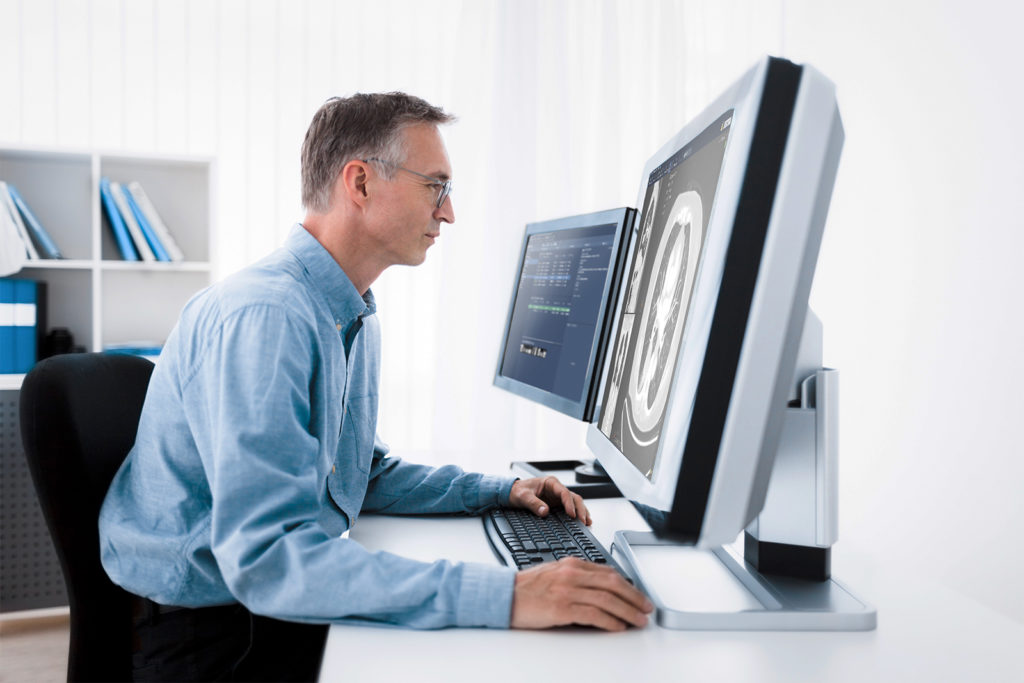 International medical imaging IT and cybersecurity company Sectra) has won the prestigious customer satisfaction award ‘Best in KLAS’ for PACS for the eighth consecutive year. Sectra is ranked number one by healthcare providers in three regions: US (Large PACS and Small PACS), Canada, and Europe. The company has also swept the new award for Digital Pathology (non-US). The awards are given by the healthcare IT data and insights company KLAS Research.

US customers have, for the eighth year in a row, ranked Sectra’s radiology imaging solution, Sectra PACS, as number one. According to the 2021 Best in KLAS: Software and Services Report, the category ‘Culture’ — including the three subjects ‘Keeps all promises’, ‘Product works as promoted’ and ‘Proactive service’ — is where Sectra scores the highest compared to the industry average.

“The support people and the people who work with us have all been great. We have had a good relationship with everyone in our local area, the US corporate team, and those who have worked with us from Sweden. Sectra has a good culture. We have seen teams jump in to help, and it seems like everyone works well together,” says a US VP/Other Executive to KLAS Research in December 2020.
It is the second year in a row that Sectra has been named ‘Best in KLAS’ for PACS in Canada and Nader Soltani, President of Sectra Canada, comments: “Since we established our Canadian organization three years ago, we have worked intensely to build close relationships with our customers and to provide great support. I am so proud of this seal of quality that proves that our dedication is paying off.”

Sectra has its roots in Europe, where it also received the 2021 ‘Best in KLAS’ PACS award. The first installation of the software was in Sweden in 1993 and now, the company has more than 2,000 installations worldwide. Today, the radiology PACS is an integral part of its enterprise imaging solution comprising VNA and spanning all image-intense departments. One of which is the new ‘Best in KLAS’ category Digital Pathology (non-US) that was also won by Sectra. Since the launch of Sectra’s digital pathology solution in 2015, it has grown to support full-scale primary diagnostics at large healthcare providers worldwide to improve cancer diagnostics. During 2020, it also received FDA approval in the US.

“Sectra Digital Pathology Solution is a great product. It really suits my needs. When I started using the system, I was really impressed with how well suited the system was for the needs of the pathologist. Sectra is very service minded and easy to get in contact with. When we have suggestions on developmental things or improvements, Sectra is easy to talk to, and they note our suggestions and take them forward. It is really exciting to work with Sectra because we really feel that they listen to us,” says a European Manager to KLAS Research in December 2020.

Torbjörn Kronander, President and CEO of Sectra says: “To be selected by our customers as the preferred imaging vendor for digital pathology as well as for radiology across the US, Canada and Europe is a great honor. Happy users are the ultimate proof that Sectra’s staff and solutions deliver great value for our customers, contributing to improving the effectiveness in healthcare.”